The thing I love about sous vide cooking is how dynamic it is. One thing it can do over and over again is turn a cheap steak into a memorable one.

The trick is that you cook the meat low and slow and finish it off with a nice sear either with a BBQ in pan or with a torch. I call this the holy trinity of sous vide is low, slow, and seared.

The other day I bought some cheap cheap cuts of meats at the local discount grocer. It was around $7 for two “New York Steaks.” I was dubious but the result was fantastic.

The key steps I followed were:

Before sealing I applied a bit of salt to each side. Then they sat in the fridge for four days. When I was ready to cook, I cranked my Anova machine on and set it to 137 Farenheit.

Here they are, cooking away, nothing sexy about this: 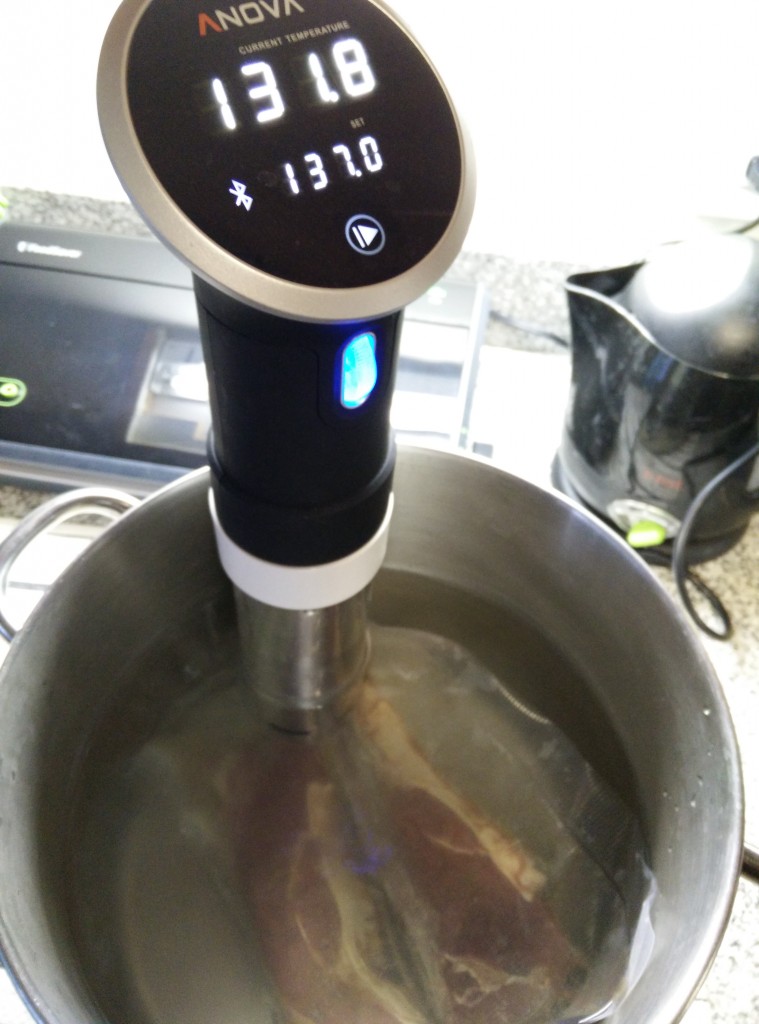 As I said, I cooked the steaks for 1.5 hours in the 137 degree water. As you can see above, I threw them in a few minutes before the Anova reached 137.

After they were done with their time in the hot tub, I finished them off for a minute or two on each side in a hot pan with butter and rosemary. 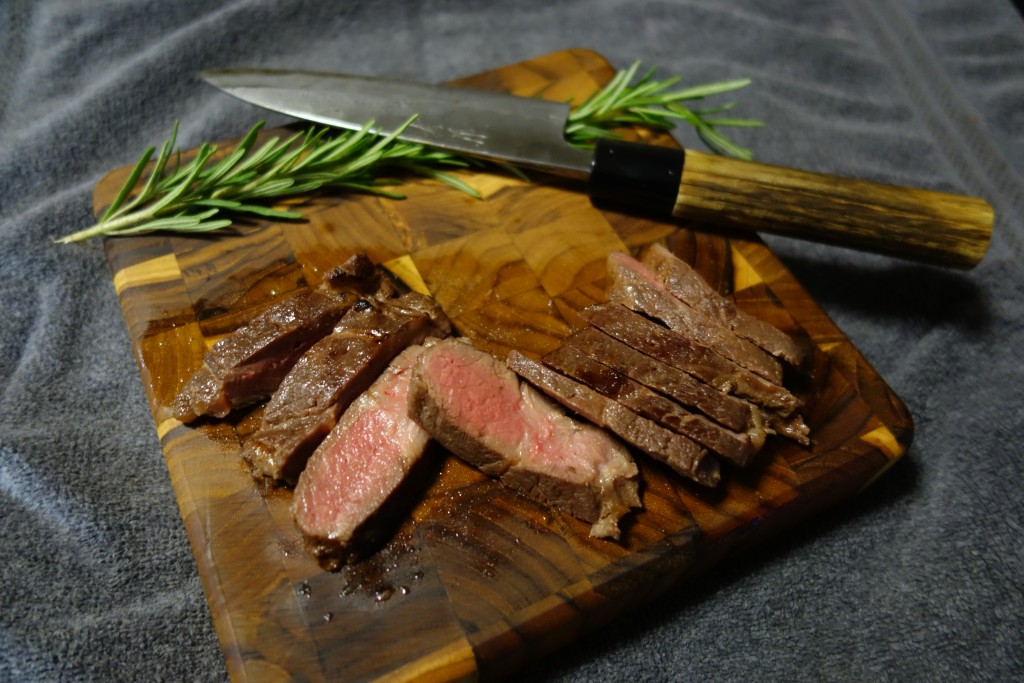 As you can see there is some fat and gristle in throughout the cut. This is a function of cheap meat and poor butchering but the overall yield was high, I only didn’t eat a few chunks. I love sous vide cooking.