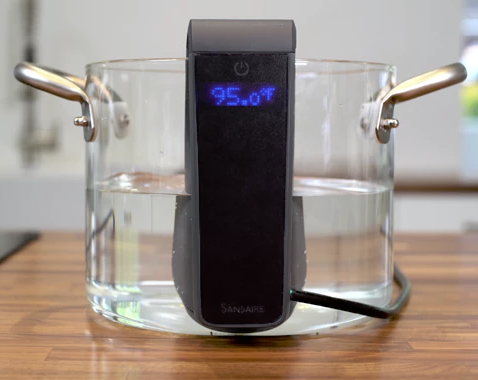 The machine appears to be much smaller than the original Sansaire machine, as suggested by this rendering: 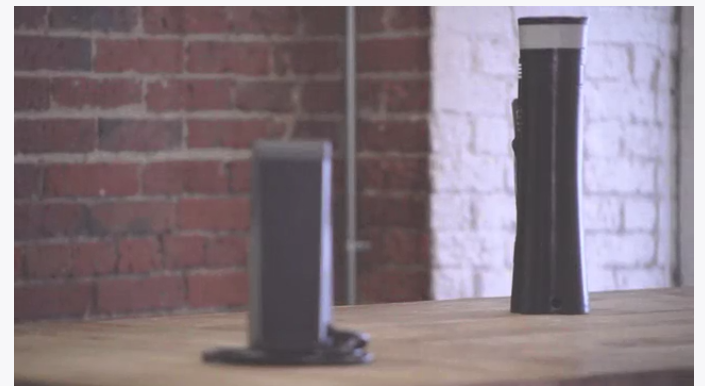 As far as the hard numbers go, Sansaire has provided the following specs:

The Delta keeps the very respectable 1100 Watts of power that its predecessor model had. Similarly, it moves 3 Gals/min and can handle a 6 Gallon-sized cooking basin which mirror the prior model. The original Sansaire was around 4 Lbs and was about 4x4x15 inches. The Delta cuts that weight nearly in half and is nearly six inches shorter. All welcomed things for space-starved kitchens everywhere.

While the Delta is smaller and lighter, its main selling point is its technological integration. The Delta’s promo videos on kickstarter show the Delta connecting to a smart phone and the user setting the temperature and cook time based on visual prompts of the food they are trying to cook. As mentioned before, this is very similar to the system utilized by the ChefSteps Joule machine.

Currently, the Delta is only available for pre-order via Kickstarter. As of writing, you can snag a Delta pre-order for a pledge of $149 or more. Sansaire claims that the Delta will ship April of 2017.

We’ll keep you updated of any news, including production delays, like we did for the Mellow machine (which still hasn’t shipped as of publication).

If you enjoyed this article please check out some of our other recipes. We also have guides on building the best sous vide starter kits, new vacuum sealers, and hot new sous vide machines.