If you love food and high-tech experimentation is your thing then sous vide cooking will probably be something you love. You can experiment with different techniques and recipes to get unique and new foods that will tease your taste buds to your satisfaction. For that however, you need a simple and precise machine to breed the perfect cooking results, time and again. Some of the most popular of these are the Nomiku and Anova sous vide machines.

Pros of the Anova

Cons of the Anova 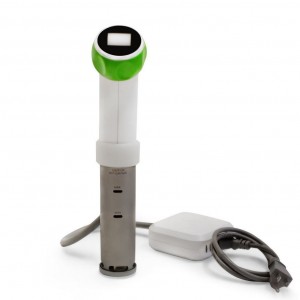 Pros of the Nomiku

Cons of the Nomiku

The Anova line has been updated to include two more modern models with click wheel controls and bluetooth and Wi-Fi control options. Both models have all the benefits of the prior Anova model but with added features. 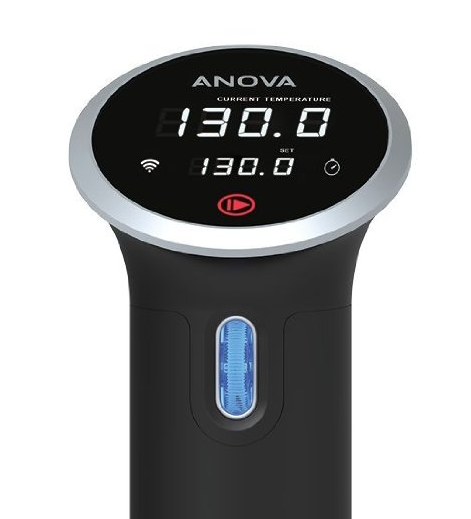 Nomiku has advertised, but has not yet released, an updated version of its Nomiku 1 dubbed the “Nomiku Wi-Fi.” Nomiku has been taking pre-orders for quite a few months and it is unclear when the machine will actually be released. 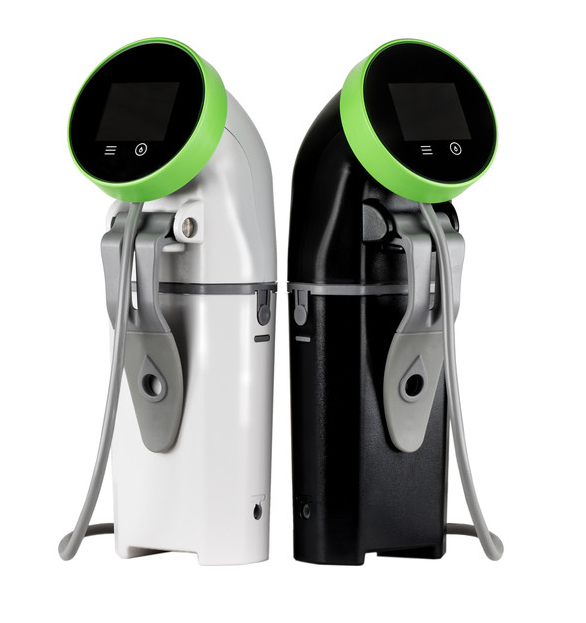 This is the production image of the yet released Nomiku WiFi, we will update our reviews once we have a change to take a look at the Nomiku Wi-Fi.

The Anova is a compactly designed unit offering a solid design. t has a removable chassis for easy cleaning. Older models are controlled by a digital button and click wheel. Newer models have a complete LCD display and control system.

The Nomiku has the same compactness with a power brick that is oddly always affixed to the core unit. This limits its ability to be stored easily than if the power brick was attached to the cord that usually plugs into outlets. Cleaning is difficult because the unit cannot be opened so in case anything gets in, you cannot get it out (think broken eggs).

Click here to see our comprehensive and regularly updated review of all the top sous vide machines.

Both units advertise a water capacity of up to 5 gallons.

The anova has a water flow rate of ~1.1 gallons per minute. The Nomiku does not advertise their water rate so it is hard to compare the two.

The Nomiku uses a large clip to attach to cooking basins. The Anova uses a rubber screw feature that fastens to the side of a vessel. The way the machine is secured to its coooking vessel is actually quite important, it should be very robust and securely fixed so that it does not easily bend, break or get knocked off.  The Anova is more secure but the Nomiku is easier.

The Anova has a touch screen monitor which makes it easy to change temperature settings and access reports on system functioning. It has an auto screen shut off so you can confirm target and actual temperature during a cooking session. The Nomiku bears a small touch screen that shows system diagnostics. There is a rotating temperature knob green in colour around the perimeter. This knob runs on an infrared sensor and therefore boasts a fast shifting resolution. When turned fast it makes rapid jumps. Slowly however, you can read 1/10th of a degree adjustment. The Anova’s interface is more adaptable while Nomiku’s is simpler. Additionally, the Anova has bluetooth capabilities so you can control it with your phone.

The Nomiku is 1150 Watts and the Anova is only 800W. Accordingly, the Nomiku should heat water more rapidly than the Anova.

Both units have a very high accuracy level the Nomiku, however, is more precise. You can set tempurature to tenth of degrees farenheit on the Nomiku vs. half degrees with the Anova.

Both units are very quiet, however, there are some reports of the Anova internal circulator

The Anova boasts an easy use touch screen display that makes it simple for home use. Disassembling it is easy and its parts are dishwasher safe making it easy to clean. This is enhanced by the removable chassis. Storage is also easy due to its small compact vertical shape with the ability to fasten onto any pot in the house.

The Nomiku machines are very simple to use with the only necessity being turning on the knob to set water temperature and you are well on your way to a perfect dish. They have touch screen displays for controls. Their versatility allows them to clip to any pot owned turning it into a controlled water bath. It boasts a hand blender’s size hence can be easily stored.

The Ease of use preferable is Anova since Nomiku do not host a removable chassis for easy cleaning.

Both the Anova and the Nomiku are highly reliable and there are no major problems. If a problem does occur it is easy to trouble shoot with the manuals or email the manufacturer upon which you will get help. The Nomiku has an extra feature that informs you of power interruptions that have occurred during a prolonged cooking session which the Anova lacks.

Overall both the Anova and Nomiku offer equal results.

The Anova goes for $199 offering a cheaper alternative to the Nomiku which goes for $299. Essentially, Nomiku is the apple to Anova’s android. Nomiku is more modern and simple and you pay a premium for that. The Anova gives you everything you need and has some added versatility like bluetooth but is not as simple or modern as the Nomiku. Ultimately, though this is about cooking and they are both strong products in that deparment. Given their relative closeness in features, power, and usability the Anova has the edge given that is about 1/3rd less than the Nomiku.

You cannot go wrong with either of these machines. They both will grind through most home cooking projects. The machines are attractive and relatively easy to use. Ultimately, the Anova wins simply because of the value it offers. Its $100 cheaper and given the feature difference between the two machines we just don’t think the Nomiku can justify the extra $100 in its price tag. If you want to read about other sous vide machines, visit our page dedicated to comparing and ranking the newest and best sous vide machines.