At the end of January 2017 Mellow sent out another update to its pre-order customers. The message, not an unfamiliar one, was that the wait continues.

As of now, the current ship date for all orders placed before 1/31/17 is said to be the end of April. Not to be a pessimist…But we’ll believe it when we see it.

To Mellow’s credit they have been forthcoming about the problems they have faced and the cause for delay. Here is the first few paragraphs of the email update. 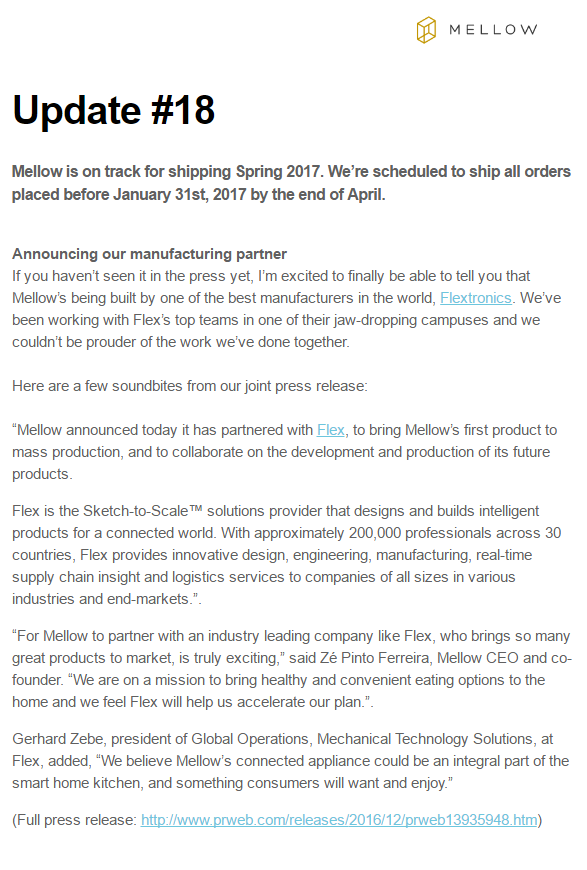 Getting the design right — likely worth the wait

While any delay is a disappoint, it does sound like the delay is for good cause. Production testing had apparently suggested that there were some weak links in the product that could have led to excessive wear and eventually failure. 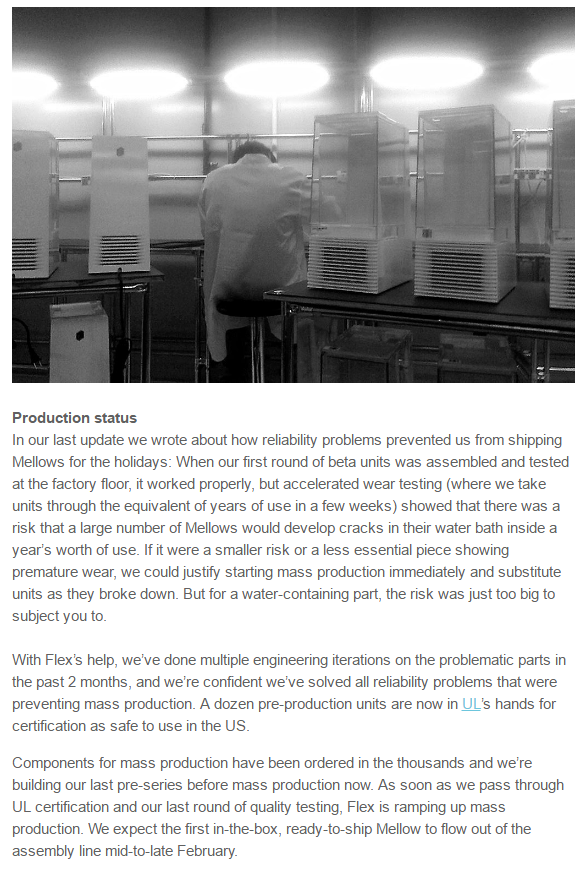 Not a small machine

The one thing this product image does tell us is that these Mellow units look pretty damn big. Either that person in the lab coat is really small or the mellow is about as big as an adult’s torso. This comes with pros and cons, it means you can cook larger items in your mellow but it also means you can kiss some valuable counter space bye bye and you may be in a tough spot if you have only a foot or two between your counters and cabinets.

Sexy machine with a ton of promise

Ultimately, the verdict is still out on the mellow. It looks to be a total game changer in the sous vide machine space with its ability to heat and cool food and its potential to be fully integrated into a smart home with Wi-Fi and Android/iPhone applications. 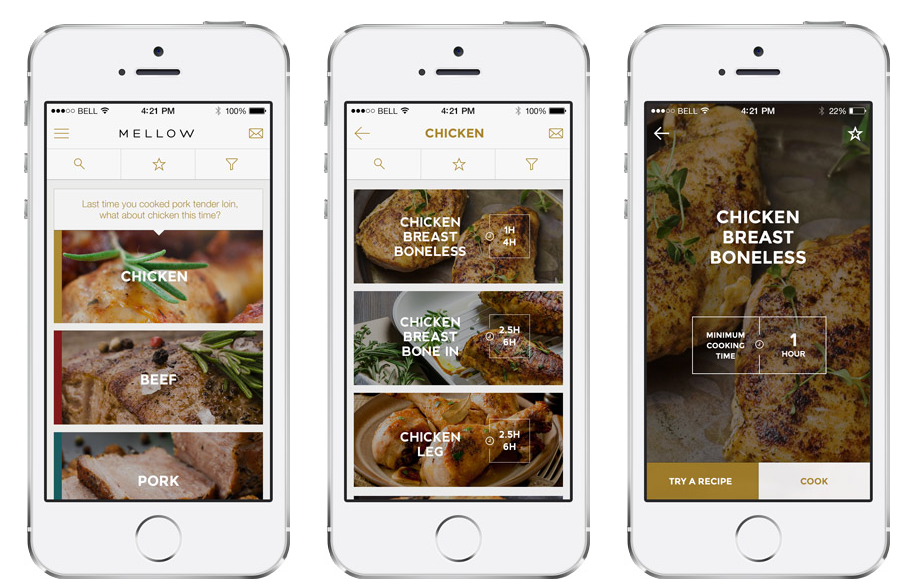 Hurry up and wait

Everything suggests that the Mellow team is really committed to putting together a quality machine and they aren’t some fly by night operation that is going to promise a magical device and then take your money and run. We’re looking forward to doing a full review and un-boxing when the units ship at the end of April. If they are delayed again…We’ll be sad. =(