There is nothing worse than overcooked lobster. Lobster is one of the most expensive ingredients and nothing feels worse than wasting 5 Lbs of lobster @ $15.99lb when you overcook it into rubbery oblivion. But fear not, with some front-loaded prep work and a sous vide machine, you can make perfect lobster everytime and overcome lobster-phobia!*

*lobster phobia is refusing to cook lobster for fear of not doing it right, OR the fear of life-size lobsters taking over the universe and boiling us humans alive as a form of payback. 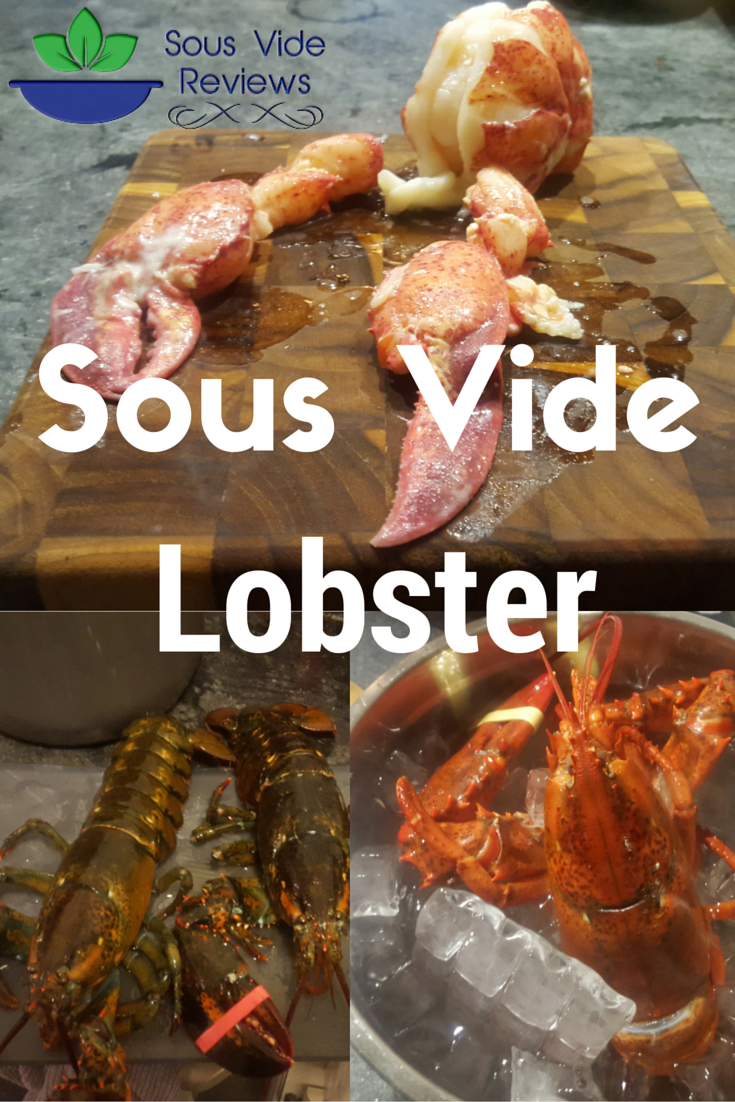 Today we’re going to go over a fool-proof method of preparing lobster that ensures a perfect result every time.

This process definitely requires some effort, but in the end it is worth it.

Prep time: 15/minutes a lobster for boiling, chilling and deshelling then vacuum sealing.

To start, you want to get a big pot of water boiling. 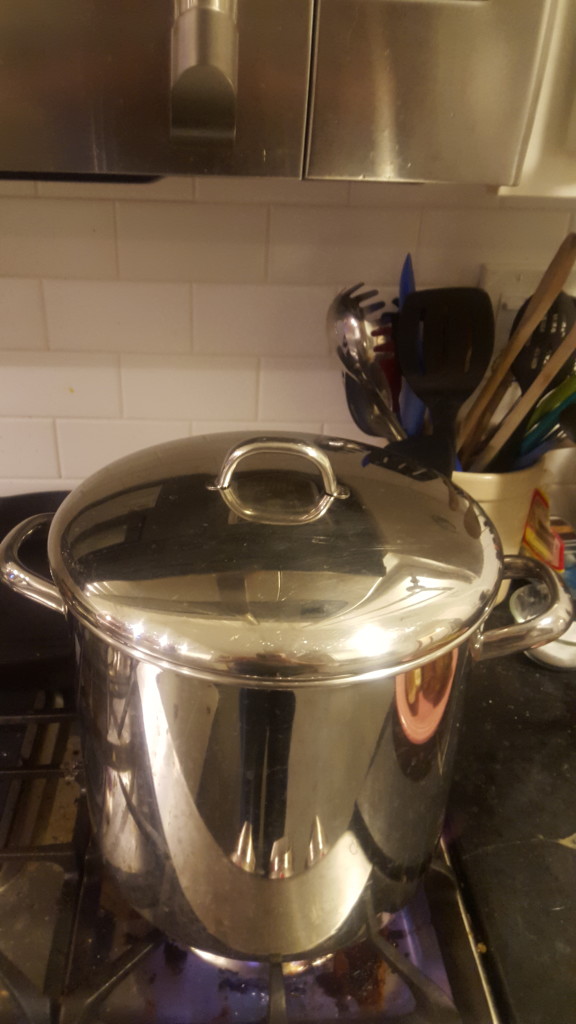 And an ice bath for the cooked lobster ready to go: 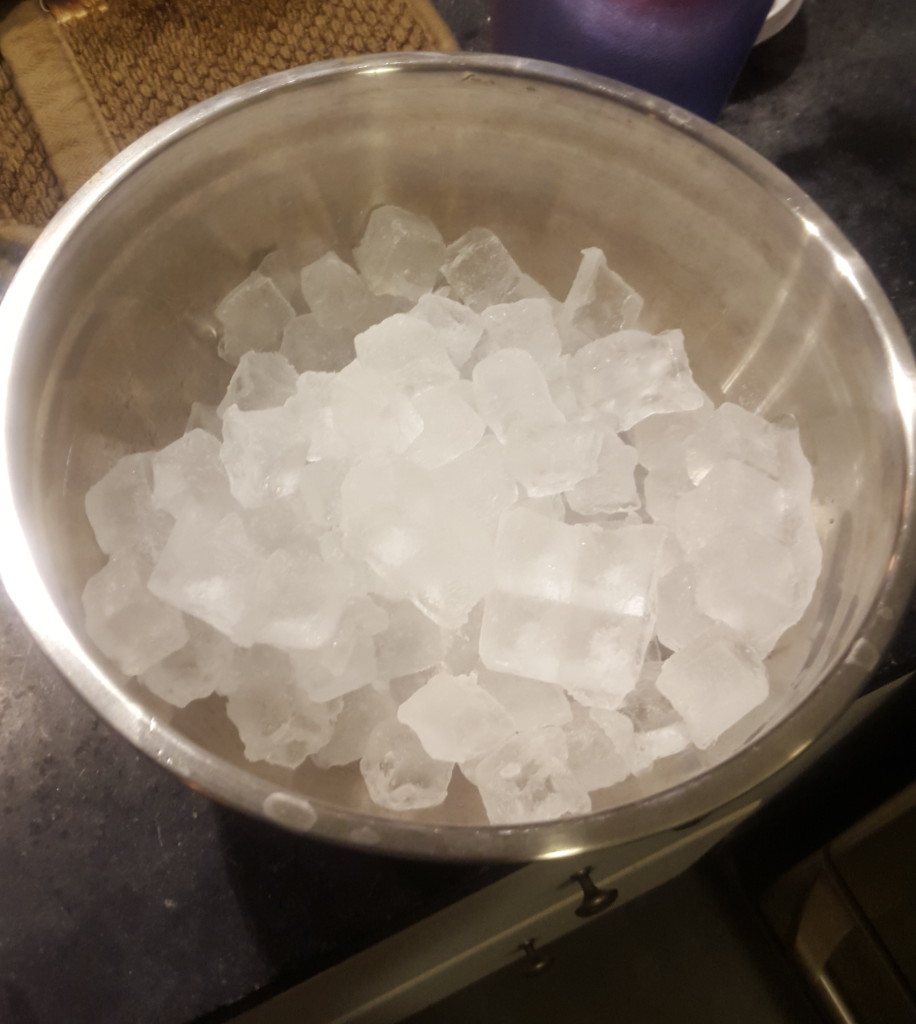 Boil for one minute (you can review the debate about ethically dispatching the lobster first here). If you want the tails to lay flat and not curl up, put a skewer or chopstick into the tail prior to boiling to keep it straight, otherwise the cooking process will naturally cause the tail to curl up. 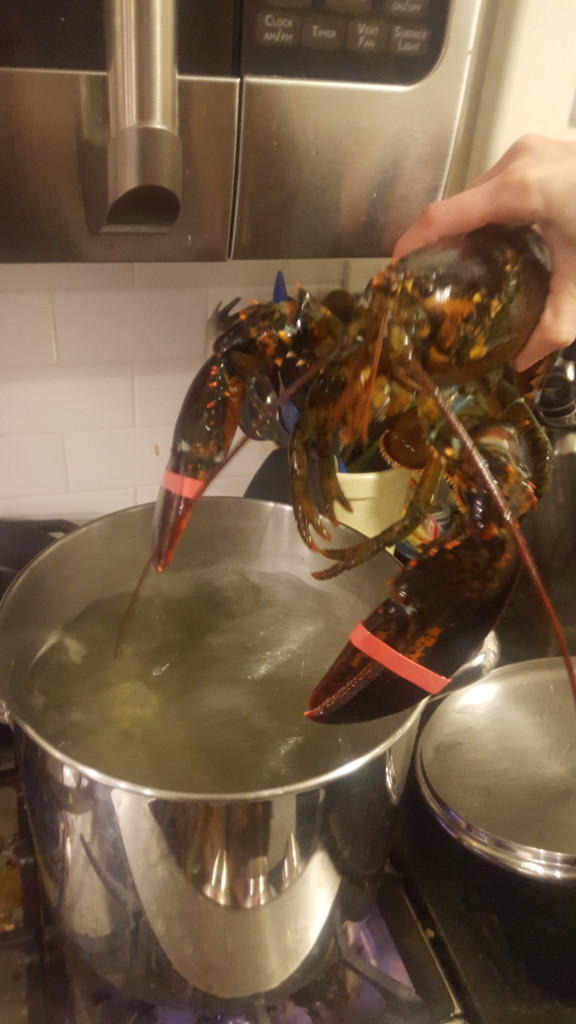 Then immediately into the ice bath: 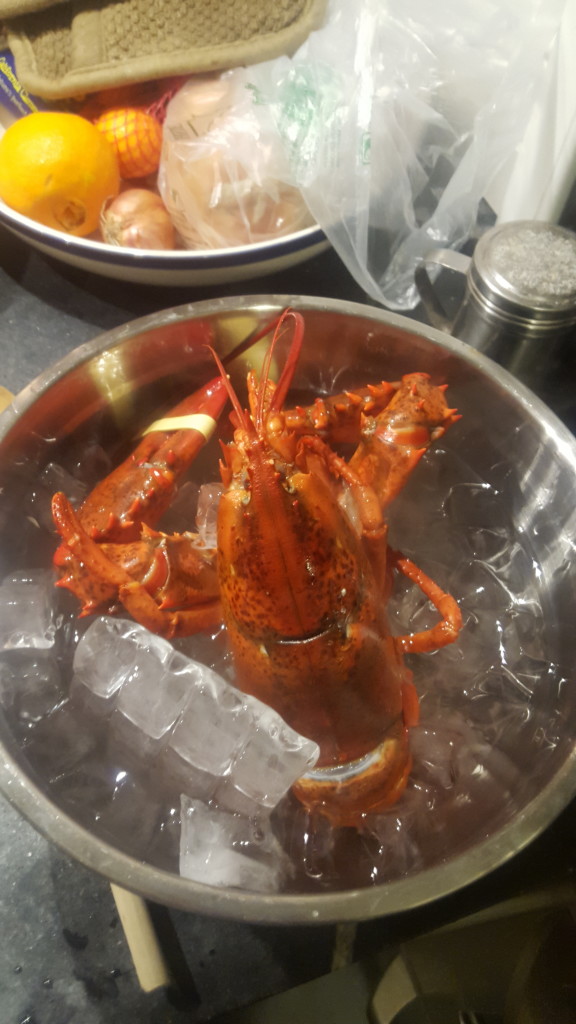 After cooling comes the messy part. Deshell the lobster and remove the vein from the tail. Make sure to prevent prolonged contact with the lobster innards as that can affect the color and taste of the flesh.

Keep that green sac away from the flesh: 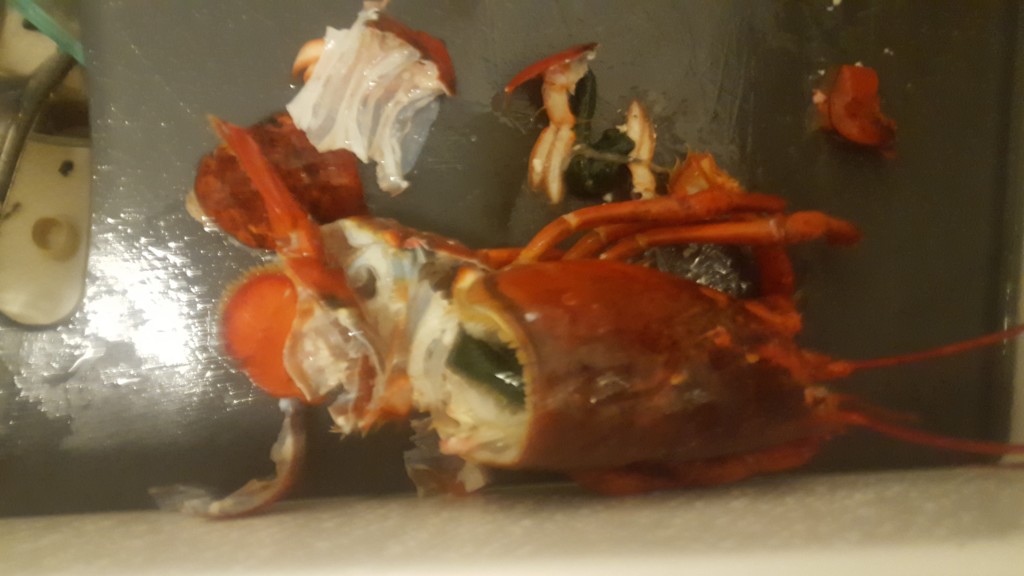 Breaking the claws down and the tail already in the bag. Messy, and lots of work, but it makes eating them so much more pleasant–you can focus on enjoying the delicate meat not tearing the shell apart. 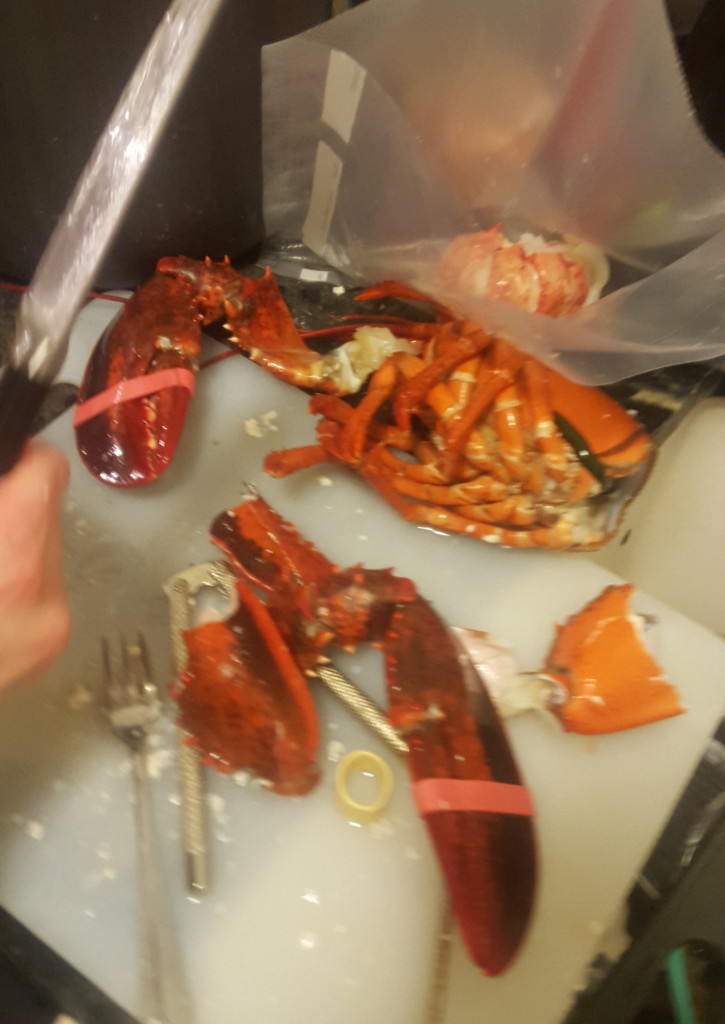 Bag up the deshelled lobster. Make sure you do not forget to remove the vein from the lobster tail.

If you want you can partition the tails from the claws as the claws tend to come out a bit more tender than the tail, so if you want a firmer claw cook it at a higher tempurature or for a longer time. We decided to do both together and it was fine. 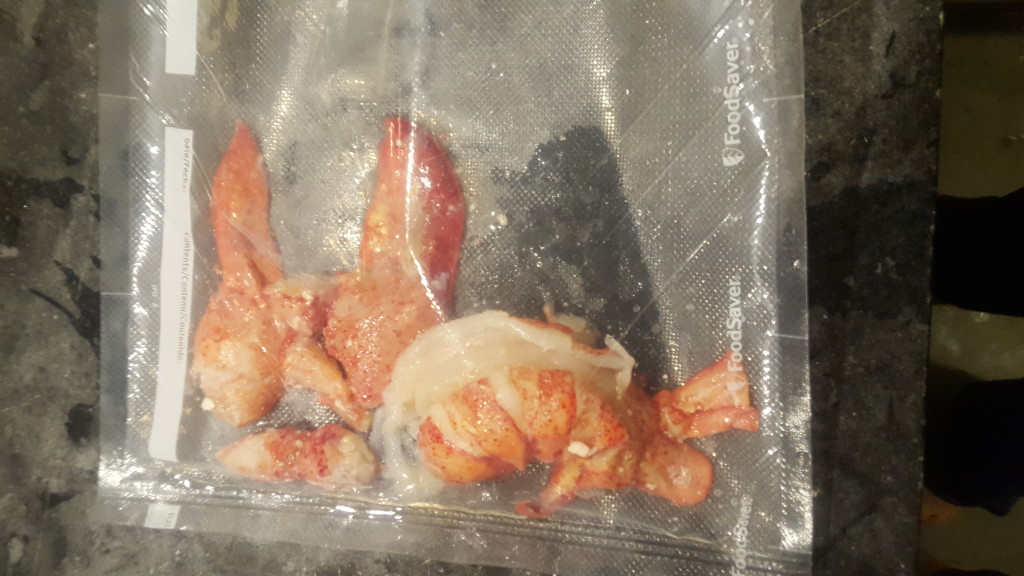 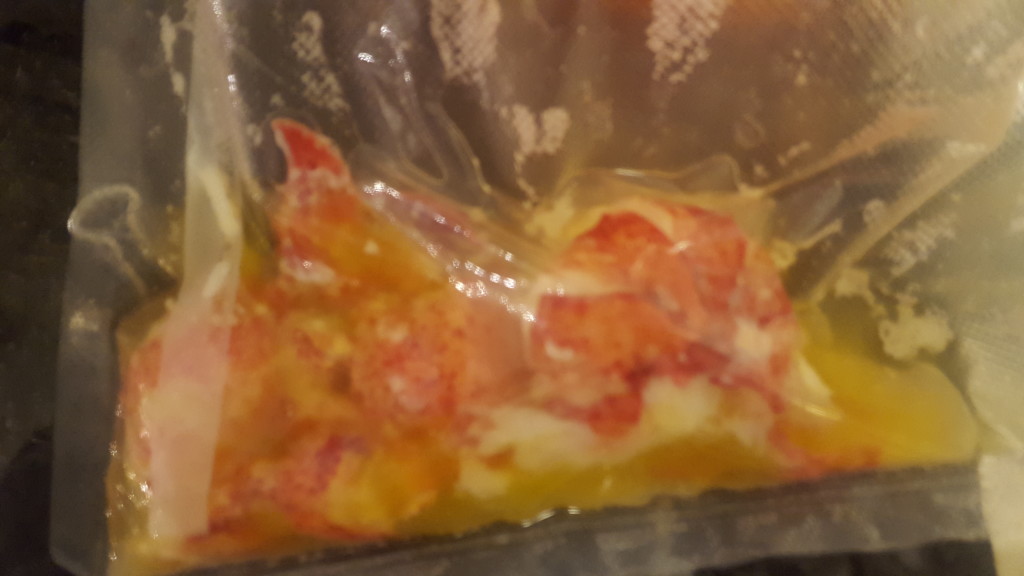 Vacuum seal, use a lighter (or wet) setting so you don’t smash the lobster into oblivion. We’re using the FoodSaver FM2000-000 Vacuum Sealing System in this picture: 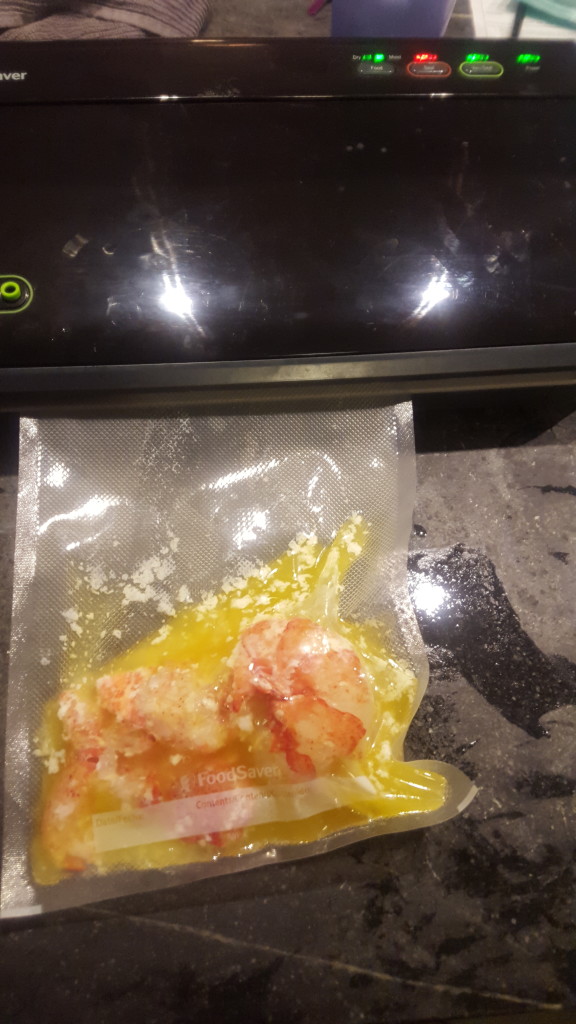 Place in a water bath at 135-140° (higher temp for firmer lobster) for 30 minutes maximum. We’re using the Anova Precision Cooker in this picture. 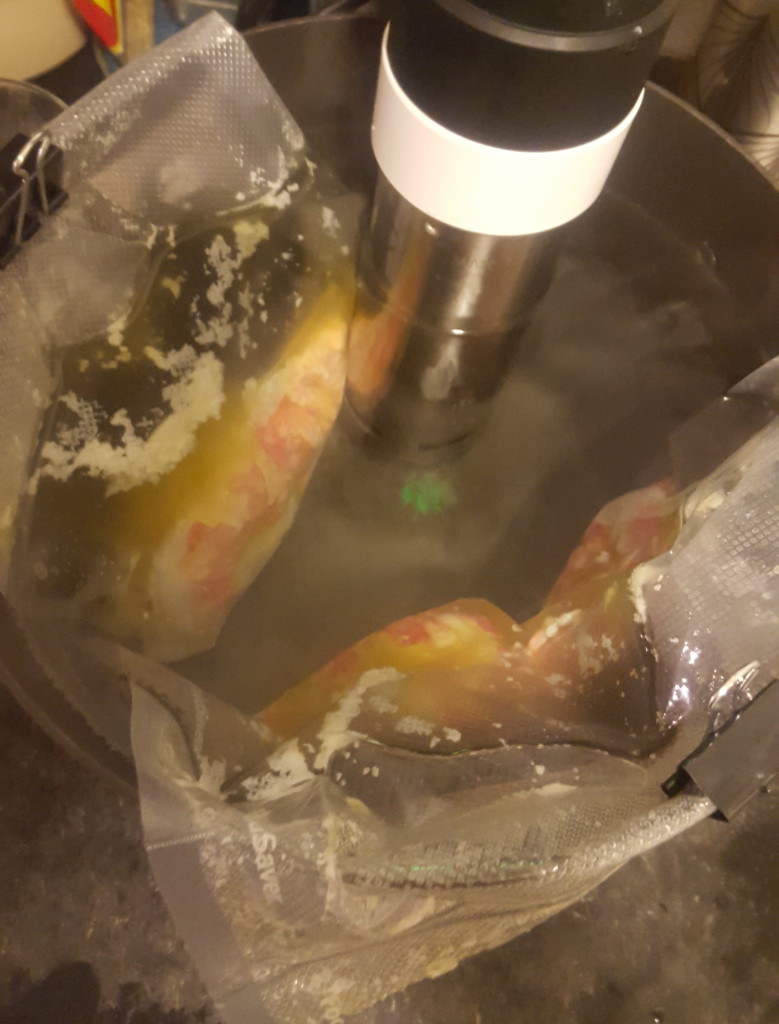 Finished product, a buttery soft supple lobster that is perfectly cooked. If you want the tails to be flat a straight put a skewer in them at the boiling phase above. 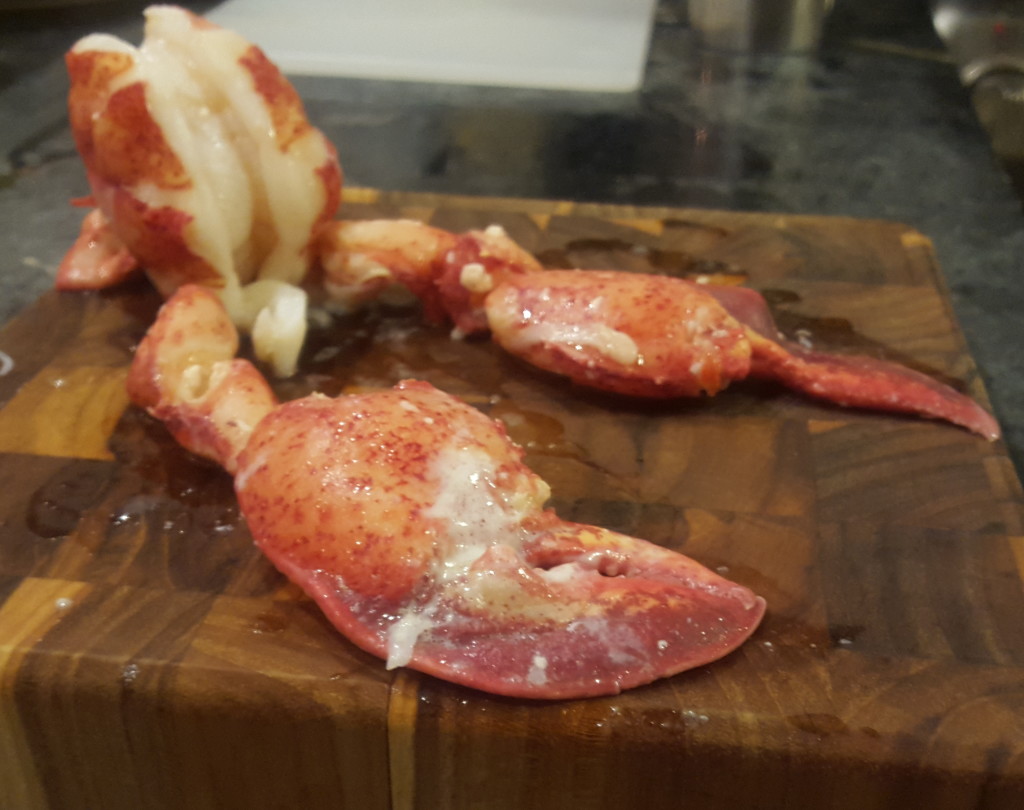 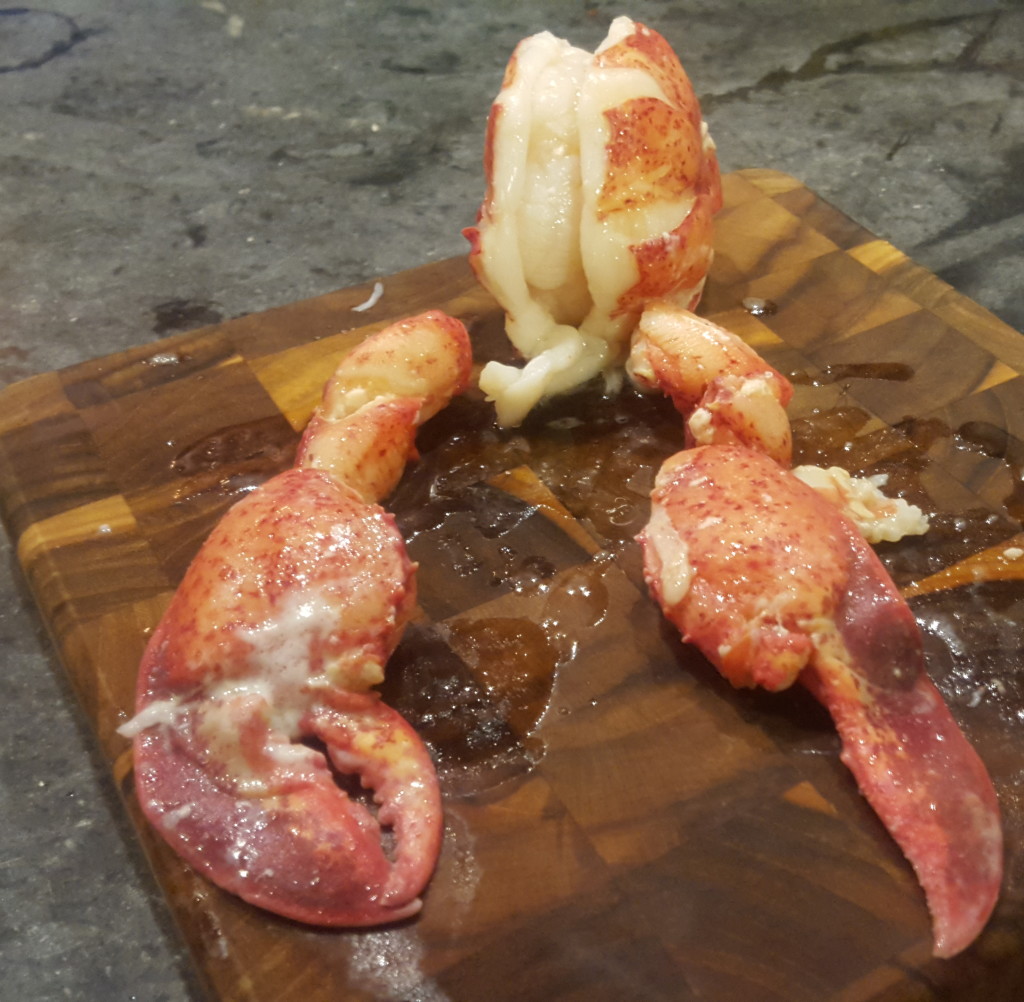 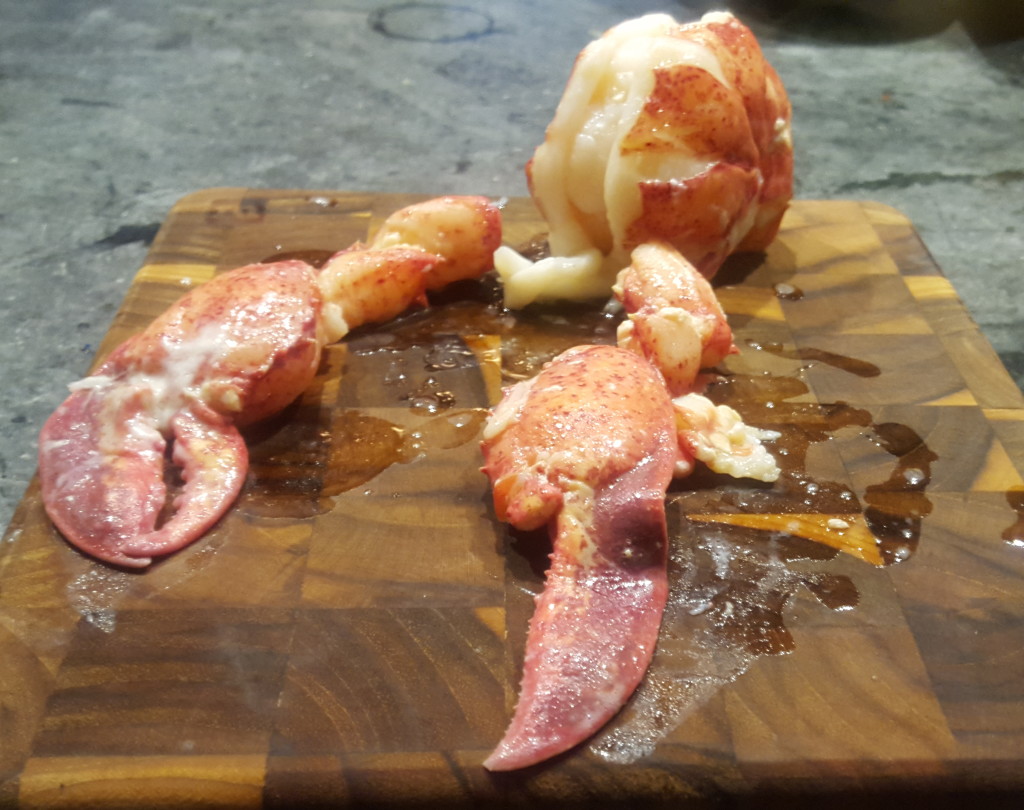